The prayer should be said with heartfelt sincerity,

not only to ask for favor but also, thank Him with alacrity.

The prayer is a spiritual instrument for communication,

with Him in mind, it should be made with sincere intention.

The prayer need not be said loud as for others to hear,

as it is enough that  we bow our head and say it in whisper.

The prayer may be short oozing with love and humility,

the better for it to be heard and appreciated  by the Almighty. 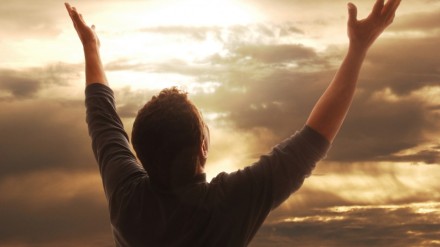 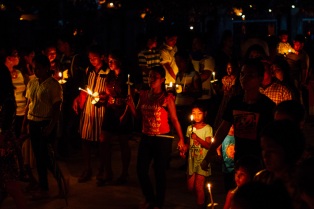 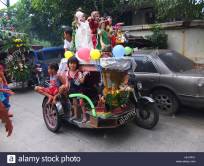 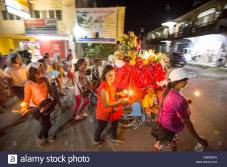 Christian Filipinos should not abhor their brother Muslims in view of the turmoil in Marawi perpetrated by the terroristic Maute Group. A terroristic group or any group with an intention of sowing destruction may arise from among the Christians, too. Unfortunately, many Christian Filipinos have yet to understand their brother Muslims beyond their porkless diet. By culture and religion, there are differences between the two, but they emanated from the same Malayan race, and by geography, they both belong to Asia.

Centuries before the Spanish arrival, Islam was well-entrenched in strategic islands of the archipelago, having been introduced in Sulu by Sharif Makdum, a Muslim missionary from Malacca. The first mosque which he built could still be found at Tubig-Indagan, on the island of Simunul. He died in Sibutu where a simple shrine was built in his honor. Makdum was followed by Raha Baginda who arrived in Sulu in 1390, and in 1450, Abu Bkr arrived from Johore who married Princess Paramisuli, daughter of Raha Baginda. Their marriage marked the founding of the Sulu Sultanate.

At the time of the Spanish arrival, many parts of the archipelago were inhabited by Muslims, such as Batangas, Pampanga, Mindoro, Catanduanes and part of what is today, Metro Manila, particularly those along the Pasig River. When Legazpi arrived in 1571, the recognized Muslim “king” of Manila by the natives was Raha Sulayman, while in Tondo, it was Lakan Dula.

The Spaniards used the word “Moros” to refer to the fierce inhabitants who resisted their intrusion. The word is derived from the “Moors” who were their primary adversaries in Spain. It was the “fierceness” albeit, intended for the Spanish intruders, that unfortunately, had a negative impression in the mind of Filipino Christians. But, thanks to the later generations of Muslim Filipinos, for today, the reference which has been shortened to “Moro” connotes respectability. Contrary to what many non-Muslims believe, “Mohammedanism” is not a religion because Muhammad, himself, did not claim to have founded a religion. The counterpart of the Bible in Islam is the Koran or Qu’ran.

The Five Pillars of the Islamic Faith are: the profession of Faith; praying five times a day facing Mecca; giving alms called “zakah” to the poor; fasting during the month of Ramadan; and pilgrimage to Mecca. Polygamy is allowed, hence, a Muslim may have 4 wives for as long as he can afford to support them and divorce is also permitted.

Pigs are considered unclean, hence, pork is detested by Muslims. Alcoholic drinks are also not allowed. It is for this reason that prior to the arrival of Christians in Mindanao, vinegar was concocted from banana. When migrants from the Visayas and Luzon came, tuba (coconut wine) and basi (sugarcane wine) were introduced but only the Christian settlers imbibed them.

Many Biblical personages are also mentioned in Koran, the most popular of which are Jesus, Abraham and the Blessed Virgin Mary. It is interesting to note that during Christmastime, some Muslim stalls in Quiapo display Christmas lanterns and Christmas trees. They also practice gift giving to live up with the season.

Finally, in the Philippines, politics laced with greed ruined the good relationship between the Christians and Muslims to some extent…

Holding On to Dear Faith

Tears may fall in anguish

Hearts may break in sorrow

Dignity may be lost in hunger

But always, despite all these –

Something is left of our faith.

Questions may be mumbled

Whimpers may lessen the pain

Despair may block our sight

But always, faith gives us light!

First of all, it must be known that there are many forms of prayers or ways by which a prayer can be expressed, such as, silently, loudly, and by sign language. But generally, the prayer can be classified into just three, such as, memorized, read, and extemporaneously expressed straight from the heart.

The Roman Catholic Church has hundreds of prepared or printed prayers with specific intentions, such as, those for the dead, for Christening, for the wedding, for the sick, for job hunting, for wooing a woman, for damning an enemy, etc. One will just have to go to Quiapo to see piles of printed prayer books sold like candies outside the cathedral. These prayers become more effective according to the vendors if candles are being burned while specific prayers are mumbled, till the candle completely melts. Some “faithful” even hire a “praying professional”- a person who prays for a fee. Each candle is distinguished for a particular intention by their color.

The voodooistic practices are being done right under the very nose of the Catholic priests, and while the amplified Mass is going on inside the massive historic structure where the Black Nazarene is enshrined.  If these are wrong, why can’t the Church authorities put a stop to them? Why can’t announcements be made during the Mass so that even those outside the church will hear them? Why can’t this simple act of correcting a wrong right within their community is not being done, while Catholic bishops are against and very vocal about the killing of drug personalities who are criminals?

Many Roman Catholic prayers are outright funny, especially, those which have not been “updated”, having been written during the heyday of fanaticism, particularly during the later part of the Spanish colonization. The prayers are full of outright ignorance as regards to what prayers are supposed to be about. For this, one just has to check the “marathon prayer” or “chant” used during the “pabasa” of the Lenten season. These supposedly solemn prayers are “updated” using hip-hop tunes, to purportedly encourage the youth to participate. Also, for other interesting discoveries, one may check the prayer being chanted by sleepy “faithful” Roman Catholics during the “pasiyam” of the dead brethren in which the “tower of David” is mentioned. Every night it is done for the duration of the nine-day wake. I would like to make it clear that I have nothing against these prayers of the Roman Catholic Church…I am just sharing what I know about them.

For me, the best prayers are those that are extemporaneously said by New Christians as they are obviously coming from their heart….not read from “prayer books”….that is my personal opinion and nobody should question that.

There are parish priests who do not even know the barangays and subdivisions that are within their “territory”. They call the Multi-purpose Halls where they hold Mass as “chapel” with the ulterior motive of controlling them. They require the local parishioners to display a statue of their patron in the Multi-purpose Hall to  qualify it as a chapel…does it mean that homes with big statues of saints should also be called “chapels”? That is how deceitful some of these priests are in their effort to snatch the Multi-purpose Halls from the homeowners who painstakingly built them!

Worse, after the Mass, the priests do not even leave any amount for the fund of the homeowners to be used for future repairs. All of the money shelled out by those who attended the Mass, they call “love offering” which in reality, is “quota”. If the collection is meager, the priest chides the attendees as not faithful enough.

I have a priest-friend who admitted that the money he uses for the monthly installment of his small electric car is from the “love offering”. Nothing is wrong with that, for as long as priests should do away with hypocrisy and admit that as human beings they also have needs…hence, they need money. They should stop insisting that the “offering” is from those who “love” God! IF THEY ARE HONEST AND NOT LIARS, THEY SHOULD BOLDLY ADMIT THAT DURING THE MASS INSTEAD OF READING THE PASTORAL LETTER ABOUT THE KILLINGS BEING ATTRIBUTED TO DUTERTE….AND, THEIR FOLLOWERS WILL SURELY ADMIRE THEM!

On the Counting of Blessings

Many who thought they are “successful” because of earned scholastic degree from prestigious learning institution or in position of wealth that they are  enjoying, but amassed by their parents, unfortunately, do not know how to ”count” their blessings. We find these people in the high-end business districts of the city surrounded by hundreds of their staff; in government halls, occupying top and sensitive positions; and ritzy subdivisions as they immerse themselves in luxury. Surprisingly, many of them are far from being satisfied as their thoughts are occupied with schemes on how to earn more money – at all cost.

It is this selfish desire on the part of business moguls to get richer that made them forget the plight of those who sacrificed to build their pedestal of affluence. They forgot to return the favor, so that while they are wallowing in prosperity, those who are responsible for their wealth subsist on sub-standard wages.

Many government officials who became influential and those elected by the people forgot that their wages come from the pocket of ordinary citizens.  Instead of being grateful and do their best for the benefit of those who voted for them, they rob the government coffer, or worse, act as if they are the master of those who put them where they are.

Counting our blessings will not take hundreds of fingers unless we include the spoons, forks, cups, beddings, clothes, and everything inside our home. That is not what I mean. Blessings can be translated into the comfort in life relative to the situation where we are. If we are in the city, comfort is viewed differently from the one being enjoyed in the countryside. Most importantly, we should not compare ourselves with others, as their blessings are definitely different from ours, if we base what we have gained on the standards that man, himself, has invented.

Blessings may not always be tangible or recognized. They can be felt such as satisfaction in life that cannot be described but can be translated into happiness, yet they can be counted if we are diligent enough to count the days when we are happy or sad. But nobody wants to do that, instead, we just do not give a damn if it is a Monday or a Tuesday or a Wednesday when we had been joyful or sad.

For as long as we are happy, let us just be in such state and be thankful that we still breathe. WE SHOULD LEARN HOW TO COUNT OUR BLESSINGS, INSTEAD OF ASKING FOR MORE. LET THE OTHER BLESSINGS BE ENJOYED BY OTHERS!