If you cannot part with your coins as your neighbor does who reaches out to others with gladness in their heart…just keep quiet and for them…pray.

If you cannot speak for the sake of others, though you know you can, but still refuse, while others do with boldness in their heart…jut keep quiet and for them…pray.

If you cannot afford to open your heart to others so that you may feel for them with compassion, as others do without hesitance…just keep quiet and for them…pray.

If you cannot stand for Jesus’ words, and Whose legacy is a bunch of virtues that can be lived so that they may prosper while emulated and shared…just keep quiet and for them…pray.

Don’t hold others back as they move on while waving the standard of charity, for if you don’t want to join the throng…better step aside…just keep quiet and for them…pray.

Don’t utter discouragements in an effort to douse the enthusiasm of others who want to brighten up the gloomy world with love…better step aside…just keep quiet and for them…pray.

Don’t taunt the courage of others in treading on strange paths that lead to where the neglected are huddled, for if you cannot do it…better step aside…just keep quiet and for them…pray.

Don’ jeer at the sympathy that others show to the less privileged because for you, it’s none of their business…better step aside…just keep quiet and for them…pray.

You can help others who want to make the world a pleasant place to live in…just keep quiet and for them…pray.

May the Lord bless you a million fold…this for you, I pray! 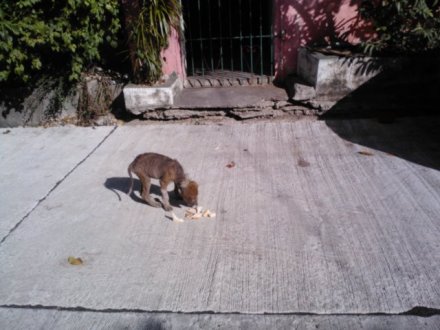 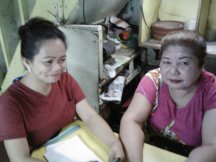 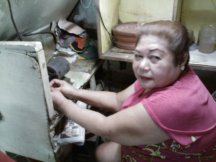 Never Put to Test the Faith of a Person

Some people have the habit of putting to test the faith of others. They should take extra care as regards this kind of attitude due to the rise of so many groups that used to be part of the Roman Catholic Church, for instance, and whose primary reason for leaving is the realization that the ceremonious Mass is not for them, though their exit does not necessarily mean the erosion of their faith in God.

Not only are some of the Roman Catholic adherents have this kind of attitude but others who belong to other churches and the various congregations that mushroomed around, assuming different names – all in the name of Jesus. For them, those who “deprive” themselves of the “words of God” will not be saved. But then, what can these “holy” words do when they are not put into action or practiced? A fanatic person may eat the whole Bible, page by page every day, but it will not do him any good if he or she cannot even say “Hi!” to a neighbor.

The best test of faith founded on what Jesus really wanted done, is the test of one’s own. If one can honestly sacrifice for others, share with others, and be consistent in doing them, there is no need to look around and see what others are doing. By then, others will instead emulate what he does. That is what I call faith by practice…that everyone should do, instead of testing that of someone else’s. Do not give somebody the opportunity to put you to shame by sarcastically asking, “…how about you?”

Who Says God has a Day Off?

Although, one of the Ten Commandments says that the Sabbath should be considered as a day of rest, what I understand is that it refers to the people, because such day should be devoted only for worship. The Roman Catholic Church even changed this to the pagan day worship of the sun – Sunday. Anyway,  what I understand is that the said commandment does not refer to God, as He is supposed to be everywhere every time of the day. To put it bluntly, this is about some Roman Catholic parish offices being closed on Saturday, the original Sabbath. Are the non-secular parish priests who are running most of the parishes emulating the ways of the Pharisees….the so-called hypocrites of the Old Testament? If this is so, these Roman Catholic priests might as well take off their priestly garb and join a Christian sect that is literally following the Old Testament to the letter!

If these hypocrite Roman Catholic parish priests would like to give their lay staff a day off, why not come up with a rotated schedule so that for all days of the week, at least one of them is left in the office? If the regular parish priest would like to go on a day off which is unbecoming, why not request a “roving priest” to take over for at least one day, as all of them are supposed to be helping each other for the sake of the “Christian flock”?

Here is a classic story: In a southern parish, the family of a departed kin requested their parish priest for a Requiem Mass for their loved one. The requested day was Saturday so that relatives who have absented themselves from work could go back home the following day, a Sunday, in time for their return to work still the following day, a Monday. Unfortunately, there was a vehement rejection because the parish office was closed as scheduled…no staff to attend to the bereaved family, although, the church would be open.  Not even the suggestion of the family that they will find another priest to officiate the Mass could move the parish priest to change his decision. Sunday is not allowed for requiem Mass, so that was out as a solution to the problem. At the end, the arrogance of the parish priest prevailed as the schedule was moved two days later to Monday which means, the visiting relatives would be able to report back to work on Wednesday or Thursday, practically missing several days of precious daily earnings!

The parish priest in question who I was told was newly- assigned in the area has a record of arrogance, and he would like to show to the already restless parishioners that he is the “authority”. Obviously, he has a problem with psychological insecurities. He even allegedly fired parish lay personnel who have spent more than twenty of their precious years serving the church. He is making decisions left and right without proper consultation with the Pastoral Council as a whole, choosing to speak only with the favored members whom he think would support him. In other words, his decisions may be illegal as they are without the consent of the majority of the council members, and may not even be properly covered with signed documents.

The above-mentioned priest is among the embarrassments of the new pope that he mentions every time he has an opportunity, and for which he always ask apologies from the Roman Catholics. An interesting blog about the pope taking off his papal robe before holding a Mass is a clear manifestation that he is not in favor of the un-Christian attitude of many priests of the Roman Catholic Church who are either accused of fund misuse, arrogance and sexual assault.

The attitude of the mentioned parish priest shows that the Anti-Christs could be within the Roman Catholic Church – they, whose ways are contrary to what the true Catholic Church stands for. Anti-Christs in priestly robe are heavily groggy with arrogance because they have the impression that being parish priests they can “play” with the parishioners many of whom are suckers in the name of salvation…parishioners who think that their salvation depends ONLY on their parish priest who is “protected” by the white “sotana”, but could be devils in disguise!

Now, are we still wondering why the Roman Catholic Church is reeling from uncontrolled deterioration and may find it hard to recover unless the hypocrites in white priestly garb and who are heady with arrogance,  are calling the shots despite the reminders of the new pope?

For this kind of arrogant priest, the parishioners should join hands and boot him out before he can do more harm to their community!