THE ALBERTOS AND VALENZUELAS  OF BARANGAY  MANGELEN  IN PRESIDENT QUIRINO,  PROVINCE OF SULTAN KUDARAT….AND THEIR POLITICAL LEADERSHIP

For one thing, Barangay Mangelen is the birthplace of the current mayor of President Quirino, Hon. Azel Valenzuela- Mangudadatu, and whose mother belongs to the Alberto family that was among those the pioneers who tilled the once swampy land of what was once part of Suben. On the other hand, the current Barangay Chairman is her younger sister, Hon. Cherry Valenzuela. But what is more interesting is that the founder of the barangay Mangelen was her grandfather,  Mariano Alberto, father of her mom, Lolita. It’s the trust of the early residents that made her late father Medencio,  become the undefeated barangay Chairman of the fledgling “barrio”. An uncle, Virgilio Alberto also had a stint as a one-termer barangay Chairman, and I was fortunate to have met him in the morning of May 19, 2020 when I visited him at their home. I learned that he was also a one-termer Vice-Mayor of Presidente Quirino, formerly known as Sambolawan, which together with Tacurong City, were former “barrios” of Buluan,  a flourishing Maguindanao town that benefited from the flow of commerce along the Big River or “Rio Grande” that sliced through it.

The Albertos has a long history of political leadership.  According to Mr. Virgilio Alberto who was a retired military officer,  their father, Mariano who was then a Councilor of Buluan founded Barangay Mangelen on the land that was donated by Datu Luminog who was then, the mayor of the aforementioned town…that was during the early 1960s. Virgilio’s sister, Lolita married Medencio Valenzuela, and whose eldest daughter, AZEL, married to a Mangudadatu, is currently, the mayor of President Quirino. Her younger sister, Cherry is currently, the barangay Chairman of their birthplace, Mangelen. The rest of the siblings are Sheila Mae, Jennifer, and Novy.

The  Albertos and Valenzuelas  arrived in the vast wetland in 1935 during which the homestead program was at its height.  The area that they settled in, was politically part of Suben. Further east, the area  was then known as Sambolawan. The patriarch of the Albertos, Mariano who was married to Justiniana,  embarked on  a political career that landed him a post  as one of the Councilors of Buluan, a good arrangement as he represented the settlers in Suben.  As the settlement grew, Mayor Luminog decided to separate it from Suben, and in the process donated the land that they have been cultivating. To show their gratitude, the settlers named their “barrio” Mangelen after Mayor Luminog Mangelen.

With the establishment of the barrio of Mangelen  that was weaned from Suben to become  a new political unit under Buluan, Mariano Alberto was chosen by the settlers to become their first “Teniente del Barrio”. The son, Virgilio had his chance to spearhead their barangay for one term, and later became the Vice-mayor of President Quirino. His brother –in-law, Medencio Valenzuela and husband of his younger sister, Lolita also became a Barangay Chairman but he recorded a feat as the undefeated leader until he finally decided to give way to other trusted fellow Ilocanos.  As fate would have it, two of his children inherited his political leadership….Cherry who is the current Barangay Chairperson of Mangelen, one of the barangays of President Quirino, at the helm of which as the current mayor is Azel who is married to a Mangudadatu of Buluan.

During my talk with Mr. Virgilio Alberto, he fondly recalled his 28 years in his combined police and military career.  He confided that he was a police officer when he was called to render duty in the military during the Martial Law, the time of dictator, Ferdinand Marcos.  As he got no choice, he tried his best to do his job well until the time of his retirement. He met his wife, Susan, who was then, teaching at the Lyceum of Southern Philippines in Tacurong.  The couple is blessed with eight offspring: Robinson, Ricardo, Rafael, Virgilio Jrl, Glenn, Virna, Lochinvar and Dexter. When I visited the family, I was with my nephew, Nonoy who is their godchild during his baptism and his marriage.

At the rate good things are going including a provincial road being constructed towards the direction of the western barangays that include Mangilala,  to connect with the Alunan highway that cuts through Tacurong  and leads towards South Cotabato, Mangelen is  definitely facing a bright future. 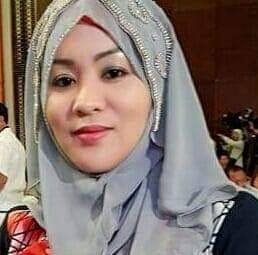