Buluan is cruising the fast lane towards progress. Practically, development is in full swing. The first to be developed are the once grassy depressions on both sides of the highway. The once grassy lands have been converted into beautifully landscaped walkways or “boulevard”. The highway is literally swept clean of debris as early as 6AM. A sidewalk café outside a business establishment has also added sophistication to the once rock-littered sidewalk.

A little further up northeast is the Buluan bridge from which a refreshing view of the chocolate-colored swift Buluan river can be had. The river was the major commercial artery then, of the town used by the Visayans, Ilocanos and Tagalogs when they came as early as the 1930s to settle in Sambolawan (today, President Quirino), Mangelen, San Emmanuel, and Tacurong.

Buluan could very well be tagged as the most sliced municipality of the Philippines as it used to be an enormous piece of land surrounding Lake Buluan, also among those that comprised “old” Cotabato province. It became a town when President Manuel Roxas signed the Executive Order 82 on August 8, 1947. The first to get “weaned” from her is Tacurong which became a separate town on August 3, 1951. Columbio followed suit, as it became a town in 1961, and then, by Lutayan.

Buluan was made part of Maguindanao on November 22, 1973, during which President Quirino was sliced off the western coast of the lake, with the latter made part of the province of Sultan Kudarat. On April 7, 1991, Buluan’s northern portion was further sliced, out of which the municipality of Gen. S. K. Pendatun was formed. On December 30, 2006, the municipalities of Mangudadatu and Pandag were formed out of the 16 barangays…the two new towns getting 8 barangays each.

Buluan became the capital of the province of Maguindanao necessitating the building of a capitol which is still under construction as of this writing. The current municipal mayor, Lorena D.  Mangudadatu holds office at the Municipal Hall, while the governor, Toto Mangudadatu holds his own temporarily at the Rajah Buayan Silongan Peace Center.

Buluan, together with Lutayan, supplies the neighboring towns and the city of Tacurong with fresh water fishes such as mudfish, tilapia, gourami, taruk, bagtis, and shrimp. The excess of these fishes, especially, mudfish are filleted and dried under the sun. As for delicacies, Buluan is known for its “tinagtag” and “panyalam”.

From Davao City  and Cotabato City, Buluan can be reached on buses and aircon vans, while those coming from General Santos city can take similar conveyances for Tacurong city from which they could transfer to tricycles for the 15-minute ride. 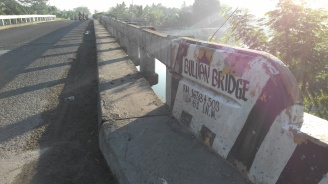 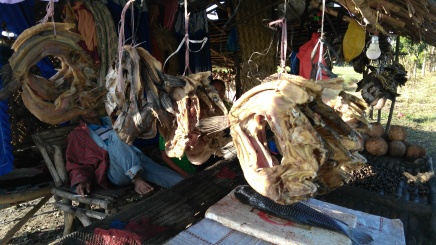