In the jungle, tribal communities help each other in getting to their destinations through signs using broken twigs, heaped rocks, seeds left along the trail, etc. Other telltale guiding signs come in the form of sounds such as those made by currents of rivers, waterfalls, as well as, direction of wind, position of the sun, etc.

In the highly civilized world, a person gets his direction from road signs and street names, aside from landmarks. In the not-so-civilized communities, pouted lips pointing to desired direction are used aside from the universal “finger pointing” if there is a language barrier. For the fortunate stranger whose language is understood in a strange community, there could be verbal exchanges.

Unfortunately, all of the above become useless when the forests are suddenly denuded by unscrupulous illegal logging activities resulting to floods, creating new rivulets that dry up in time. On the other hand, in the civilized communities of lowlands, vandals deface street names and road signs using spray paints. Some even go to the extent of changing the direction of sign posts.

Directions are important as they lead us to where we want to be at the most convenient and safest way. And, that is how a nation should be led by one who gives correct directional signs not tainted with selfish motives… as bungled directions can lead a nation to a disaster.

Inconsistencies in this World

Life is full of inconsistencies….

One day when I hitched a ride with a lawyer friend, he intentionally broke a traffic rule by beating the red light. When I asked him why he did it, he told me that there was no traffic enforcer anyway…and, he is a LAWyer!

When I visited another friend who I know is an advocate of alternative herbal medicine, I heard her remind the caregiver of her mother about her antibiotic that should be changed to another brand, obviously, a stronger one for an eighty-three year old. She learned about the strong antibiotic from her internet browsing. When I reminded her about her advocacy and mentioned garlic as a strong natural antibiotic, she told me that her mother MAY not like its taste. What worried me is that my friend is deciding on her own about the synthetic antibiotic as a “preventive” drug for her aging mother! This friend keeps several boxes of apple cider vinegar at home just in case the Bragg family of America stops making the expensive medicinal concoction from the apple juice. If my friend is in her charitable mood, she gives me a bottle or two to take home, and act which keeps my mouth shut, instead of arguing with her.

Another friend who is an advocate of family discipline sends his 12-year son out to buy his favorite local rhum at a corner store. He also sends the same son to the kitchen to light his cigarette in the gas range burner, thereby, making the poor boy make the necessary initial puffs to keep it lighted until he has handed it “safely” to his father. Ironically, my friend brags to his friends that no son of his would ever have a taste of alcohol or even just a single puff of cigarette while he is alive!

Then, another friend who tries to project a classy image by boasting about his vegetarian diet hates local vegetables, preferring only western ones such as spinach, lettuce, baby carrots, sweet onions, etc., while despising local vegetables such as, “saluyot”, “kangkong”, “alogbate”, “upo”, etc. He brags about his preference for “salads” with plenty of strips of bologna, spam, German sausages, or chicken, and sprinkled with his favorite Italian dressing!…and, he is a vegetarian!

Many years ago, when a big religious sect which is a breakaway from the Catholic fold, still held their prayer rallies at Luneta park, I was brought by a friend to their venue, to introduce me to their kind of music which I really enjoyed. On the other hand, I hated much  the corny preaching of the supposedly charismatic leader who would enthuse his flock to open and invert their umbrella to catch the blessings and grace from “heaven”. My friend was a Bible-quoting guy, definitely, very religious in his own way. When we left the area to take a jeepney at T.M. Kalaw St., we were approached along the way by an obviously hungry street child with an open upward palm. Without much thought, he shooed the boy away, as if shooing a pestering fly!

Then, there’s the greatest inconsistency of all…the advertisement aired over a popular radio station about the “ashitaba” herbal medicine which the endorsing woman who supposedly got cured said in Visayan, “ako si….. duna koy ALMORANAS nga maura ug kamatis ka daku, pero nawala ang akong ALMORANAS sukad nag-inom ko ug ashitaba…kinanlan gyud mag-inom ta ug ashitaba aron mawala ang atong ALMORANAS”, or to that effect, which as translated in English is, “ I am…..I have been suffering from a HEMORRHOID as big as tomato, but it was gone when I took ashitaba…we should take ashitaba so that our HEMORRHOID will be gone..” After the statement, came the disclaimer which said, “the ashitaba is not a drug and should not be taken as a medicine as it cannot cure any ailment”….What happened to the endorsement and the testimony of the woman who got cured? Why must the government agency concern approve the ad for airing if there is such a bullshit disclaimer? I think something is wrong with the Philippine government agency that approves ads like the one mentioned….for letting such mindless inconsistency be heard all over the country as it makes a fool of the listeners!

Today, every time I am alone and those mentioned above and many others would creep into my mind, I would just let out a deep sigh to lighten up my heavy chest while holding on to my sanity, so as not to cuss. But my big question is: does our world really throbs with much senselessness? 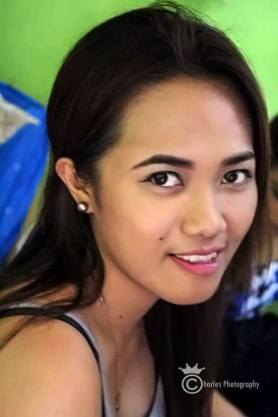 If one hears the word “derma” or “dermatologist”, what comes to his or her mind is the sophisticated line of medicine with select patients such as the rich. It connotes pretty and smooth face without fine lines…but, that is true many years back. Today, “derma” means total skin care not necessarily with the use of expensive lotions and oils as affordable products have proliferated the market.

On November 20, Dr. Jose Benjamin B. Untalan assisted by his dentist wife, Dr. Maggie Reginaldo and young son who is also a medical practitioner, Dr. Janjan, attended to hundreds of senior citizens of Tacurong city at the office of the OSCA. Affording him additional assistance were volunteer senior citizens who prepared the list of beneficiaries as early as 8:00AM. Most medicines given to the seniors were from the family’s clinic, dispensed free of charge, while the rest were donations from the Philippine Dermatological Society. The medical outreach was in commemoration of the World Skin Day in collaboration with the OSCA and the Senior Citizens Federation of Tacurong City.

Dr. Ben Untalan has practically went through insurmountable trials and difficulties before he realized his dream to serve his fellowmen. He chose the special field of dermatology when he observed that this is what his province lacks, as the rest of practitioners were surgeons, internists, optometrists, or pediatricians. His early days of practice saw him treading roads towards almost inaccessible communities. The choice made him the “first dermatologist in the province of Sultan Kudarat” trained by the SPMC, one of the 11 accredited institutions for such field. Other titles he earned are: FPDS (Fellow of Philippine Dermatological Society); DPBD (Diplomate, Philippine Board of Dermatology); FPSV (Fellow, Philippine Society of Veneriologists).

Reared by a midwife mother and a physician father, Dr. Ben grew up with compassion deeply-etched in his heart. He could have pursued a profession that could make him amass wealth in a short period, but he opted for one that could force him to be generous oftentimes. Such compassionate generosity even pushed him further…serve the seniors, many of whom are underprivileged.

The boyish-looking doctor is highly idealistic which I observed when I had a breakfast with his family a year ago. With his son, Dr. Janjan silently listening to our discussion, we touched various subjects. We did not realize that we have spent almost 3 hours for the supposedly quick breakfast as they still had to leave for their clinic. It was my first time, too, to have such kind of breakfast, as I normally abhor conversation over meals.

Dr. Ben’s idealism founded on compassion was put to fore on November 20, 2017 when he gamely reported for “duty” during that particular medical mission outreach project despite aching knees due to depletion of collagen that provides lubrication so that a slight bending made him wretch in pain…but he persisted until the last patient has been served. 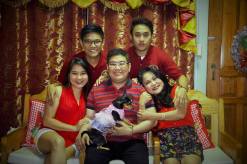 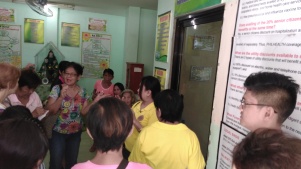 Why the People Are the Best Asset of a Community

Communities with natural endowments such as waterfalls, mountains, caves, beaches, etc. are fortunate. But life therein may not be pleasant if the people are not cordial to each other, especially, to visitors.

A community may not have natural endowments as it may be located in a flat land, without even a small parcel of forest. But if its people have a strong spirit of cooperation and brotherhood, they can unite and improve their place. They can build parks and inland resorts, plant clusters of trees to simulate a forest, dig artificial ponds and lakes that migratory birds can visit, or be filled with tamed animals that used to spend their life in the wild.

If the people are cooperative, they will never ever attempt to block any plan that could lead their community towards progress. They will be appreciative of ideas about inviting investors to build schools, business establishments, etc. They will delight in long-ranged plans such as building of an effective series of open canals or underground drainage system and laying of pipes for the water that would flow to homes and business establishments that they foresee to mushroom. They will also encourage their leaders to widen the roads that will never be viewed as unnecessary expenses, but for the bright future of their children.

Thinking and unselfish people just do not live for the day, but always ponder about the days to come….the future. They always think and act for the sake of their friends and families….not for themselves alone. They are aware that their acts should be in synchrony with each other as a single misstep could affect their community as a whole and may even result to a disaster with a  with long-ranged effect.

Once busy mining communities have become “ghost towns” when settlers left after the mines no longer yield what they are digging for. On the other hand, settlers can tame wild ranges and from grassy plains or swamps mold progressive communities. That is how cities have evolved from towns that used to be remote villages.

To sum up all of the above…people improves life that God gave.