If the Spaniards of the 15th century weren’t so determined to find India with its fabled plantations of black pepper, the rest of Europe would have languished in pale pasta sauces.

Tomatl (as it was called by the native peoples of Mesoamerica) was unknown to the Old World… until Spanish explorers during the Age of Discovery encountered chocolate, chili, avocados, tomatoes, and other good food in the New World.  Aztecs used the small and yellow-to-red colored fruits of the plant in their cooking and in fresh sauces.

The earliest discussion of the tomato plant in Europe is dated 1544; it is not certain whether Cristoforo Colombo first saw them in his voyage of 1492, or Hernando Cortez in 1521.  Of this we are sure: Spain distributed the tomato to its colonies in the Caribbean and to the Philippines, as well as to other countries in Europe, from where cultivation spread, making…

Beef Wellington is one of those dishes I will never make, so I make it a point to take a serving when I see it on a buffet table.  It’s definitely a banquet dish: (kinda) complicated to prepare, serves a lot of guests, makes for a pretty display, and can be delicious and filling. Definition:  Beef Wellington is a large piece of steak coated with seasoned meats (such as pate or Italian ham) and mushrooms, and then wrapped in pastry before being baked. The finished dish is then sliced for serving. Why is it called so?  One theory, which I like, traces its name to the Duke of Wellington, who famously defeated Napoleon in 1815.  Because his victory in the Battle of Waterloo is one of the pivotal points in world history, I think it’s important to show an image of this man: 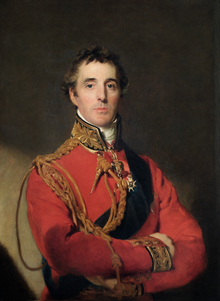 https://en.wikipedia.org/wiki/Arthur_Wellesley,_1st_Duke_of_Wellington
So how does the duke’s…

The “Funny Money” that Goes A Long, Long Way

The “funny money” comes from “Perla”, a kind-hearted Filipina benefactor based in America. She earns the money from her translation “sideline”, as she is on a regular call to interpret for Filipinos with cases being heard in court, and who have difficulty in speaking English. The “funny” is her lingual concoction for the job that she did not seek, but in a way, accidentally came her way. She has been consistently supporting my RAS (random acts of sharing) which started when she learned of my RAS from my blogs about such advocacy.

What is really funny is the reaction of friends who keep on asking where some of my fund comes from, as if suspecting me to push drugs just to earn extra. They just cannot believe that somebody would send money for total strangers who are in dire need for help. When I add that there was also a time when another friend in London sent money, and still another in America sent a “blessing” through her “balikbayan” sister, their eyes get bigger in disbelief. In exasperation, I just tell them that it is very difficult for somebody to understand the sharing that others are doing if he or she does not have the same advocacy in life….or if he or she does not extend a hand to others as a habit. As expected, these fence-sitting friends fail to get what I mean. The problem with some people is that, they are used to seeing “charitable acts” done only by people who wear t-shirts emblazoned with their mission.

Perla drives or commutes to courts or hospitals where her service as translator is needed. Her benevolence sometimes bothers me, as I would imagine that she could be left with a little amount or nothing for her own needs. Every time I remind her about that, she would send me a message with typed laughter with an assurance that what she sends me is “funny money” earned accidentally from the job that she has somehow learned to like.

The unselfish sharing of Perla always reminds me of the comment of my two “balikbayan” friends who tried to treat me to a lunch. On our way to the restaurant inside a mall, I saw an emaciated mother and her child who was holding on to a black garbage bag half-filled with empty plastic bottles. Both were staring at the customers eating fried chicken at a lunch counter near the aircon van terminal. When I told my friends to go ahead and that I would just follow in a few minutes, as I would like to buy packed lunch for the mother and her child, they told me not to bother, as “we can just pack our left- over for them after our lunch inside the mall”….they meant “doggie bag”. What they said made me adamant and which also made me decide not to join them anymore despite their pleading. When they left, I bought three packed lunch for the three of us – I, the mother and her child, and enjoyed it in the farthest corner of the terminal where we slumped on the floor. That lunch made my day….and, for which was spent part of Perla’s “funny money”.